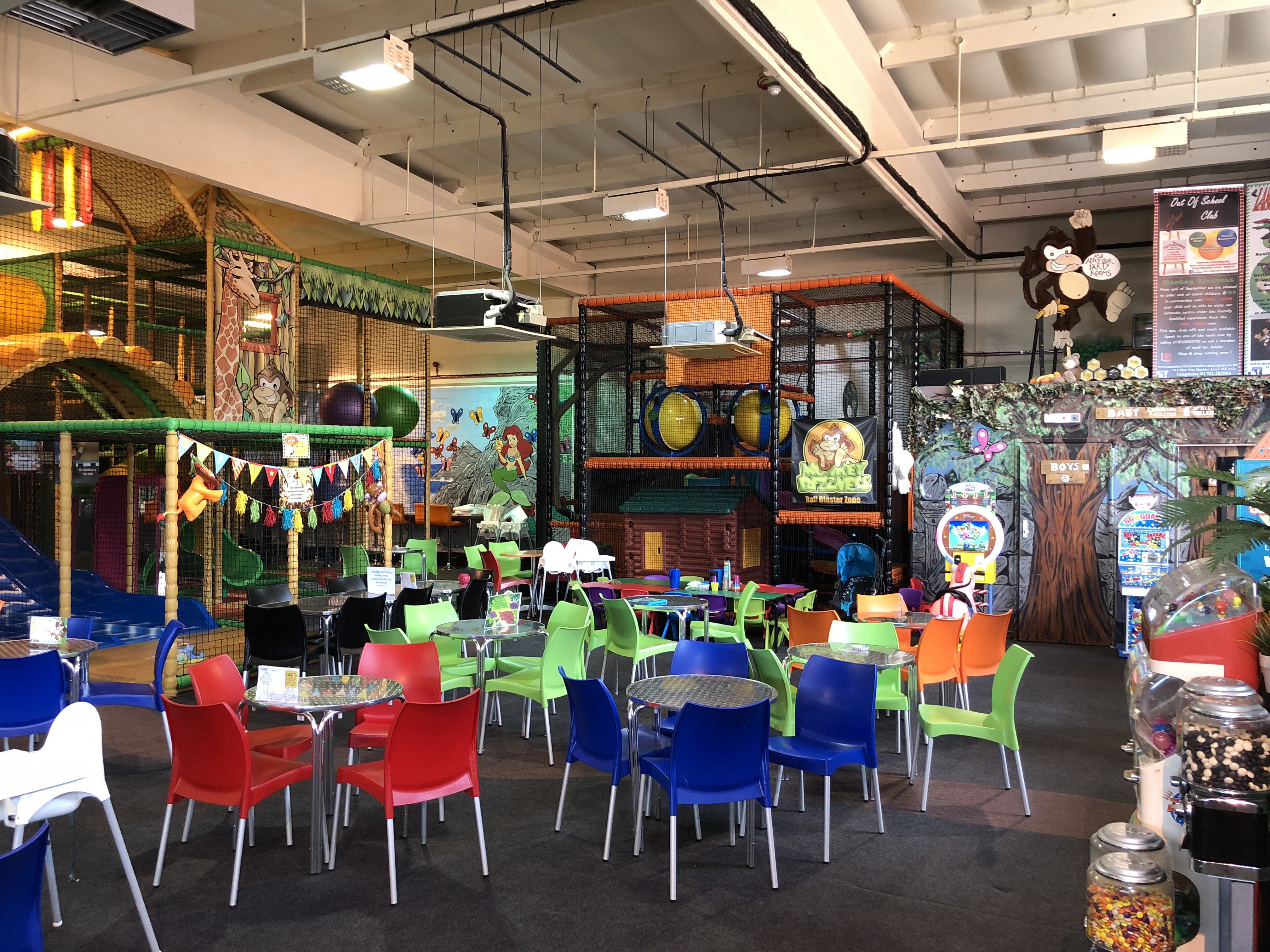 It frightens me that there are still so many parents out there who genuinely believe that running a soft play business merely involves buying a load of colourful and bouncy objects and sticking a posh coffee machine next to it – this couldn’t be further from the truth.

Monkey Bizzness Soft Play in Hockley, Essex has been my ‘local’ since I moved into the area a couple of years ago, and through regular visits I have gained an insight into exactly what it takes to keep this sort of place going. Whatever they are doing, they are doing it incredibly well, and to be honest I felt this way long before I actually got to know the team there.

It is an incredible balancing act, littered with many, many other mini balancing acts at the same time. From a business perspective, you are constantly trying to strike a happy medium between private bookings for the whole centre and opening hours for general customers. People will always complain when they turn up and can’t get in, but any sort of business has to do one thing and one thing only at the end of the day – remain financially viable. Monkey Bizzness Hockley closes for private bookings a maximum of twice per week, which is definitely not excessive, and in stark contrast to the occasional messages that pop-up on social media groups alleging otherwise.

The management are capable of settling disputes with diplomacy, and they are constantly on the lookout for children who are breaking the rules – a quality that is sadly lacking at so many other places these days through fear of being accused of ‘victimisation’ or ‘health and safety gone mad I tell you, MAD!’ It’s never aggressive or nasty in nature, it’s just their deep-rooted desire for the children of paying customers not to end up with a broken neck from climbing on top of whatever shouldn’t be scaled by someone mountaineer-style. That’s hardly unreasonable.

While we are talking about the staff, everyone who works there goes out of their way to make sure that children and parents feel welcome. It’s as simple as offering to carry a cup of coffee for someone who already has their hands full of wailing toddler, or setting up a table of supervised arts and crafts once a week at no extra charge. It’s a good idea to keep an eye on the Facebook page as well to see when ‘Party Pets’ are visiting – local animal expert Linda Moore brings along a variety of small animals including snakes, lizards and a chicken that my daughter seems to be obsessed with for cuddles.

They even have toy appliances for children to use when they clean up for real throughout the day. My two-year-old grabs the fake Dyson and follows them around like something from the Pied Piper of Hamelin, and it’s just a nice way for the kids to interact with the staff.

That brings me on nicely to cleanliness. Soft play centres are almost impossible to keep in pristine condition from opening until closing, and although the odd mug of tepid tea can get missed during hectic periods, there will usually be someone to pounce ninja-style on any urgent piles of mess. If I am going to be honest, I do find it a little odd sometimes that people ignore the trolley that is strategically placed for used crockery and cutlery, instead just abandoning it on their table and then becoming visually agitated when their children knock it over. Perhaps I am expecting too much, but it seems like common sense to me.

There is a large area of tables and chairs in the middle of the centre, along with more comfortable sofas that are perfect for nursing mothers.

Play-wise, they have an area for under 5’s with a mini structure, slide, ball pool and toys, and again staff are very active when it comes to applying the age rules. One thing that drives me mad in these places is seeing big kids jumping around the toddler area like something out of WWE with nobody in authority stopping them, but they are usually directed towards the other areas pretty quickly.

A sensory area for Under 3’s has fiber-optic lighting and some other features for babies.

The main structure has the obligatory slide, and speaking from experience a member of staff will actually polish it for you if you think it is getting too slow – I cannot stress how upsetting it is for an 18-stone lump like me to get on a slide and just sit there stuck in some sort of suspended animation while a logjam of children builds up behind me. The upper deck also has a mini football pitch, and directly below this there is a coin-operated quad bike track. Throughout the structure there are a number of climbing and crawling features that aren’t too challenging, and a role-play / dress-up area and another smaller structure with a ball cannon complete the line-up.

Food and drink is reasonably priced for a soft play setting, including, wait for it … a variety of alcoholic beverages including beer, wine (rosé, white AND red), something sparkling for a special occasion, and cider. Let’s not beat about this bush here – an hour in soft play has the potential to push anyone towards a little tipple. Having said this, the ‘bar’ element isn’t really geared towards people who are ‘on it,’ it’s just more of a social thing and a nice option to have.

The kitchen has achieved a five-star hygiene rating, and this is reflected in the quality of the food that is served, from sandwiches and paninis to full meals – it is well worth taking advantage of the meal deal during term-time where kids eat for £1 with full-paying adults.

Admission prices differ during peak and off-peak times, but for under 2’s you are looking at no more than £4.25, for under 5’s no more than £5.25, and for older kids no more than £6.25. Sessions by default are two hours long, and although this is strictly enforced in busy periods, you won’t be thrown out if it is quiet. Believe me when I say that there are places out there who will enforce this rule to the letter when it is half-dead, thus robbing themselves of further food and drink sales. Madness. The first adult is admitted free.

Annual passes work out at roughly £1.73 per child, per week, which is a pretty decent saving if you are local. The pass also gets you a 20% discount on party bookings.

All in all, equipment-wise it isn’t massively different from other soft play centres in the area, but in terms of value for money, customer service and supporting the community it stands head and shoulders above anything else that is on offer locally. They were runners-up in the 2018 Essex Mums Soft Play Awards, which speaks volumes.

I say ‘supporting the community’ because the owner Carly Mulholland and her team do a lot of charitable work at local events, and they also offer the venue for free on a regular basis to a local organisation that carries out Mental Health First Aid training. Since the partnership was launched last year, more than 60 local residents have been trained to spot the early warning signs of mental health distress and make a much-needed intervention.

TIP: There is a car park on site, but it can fill up very quickly. On-street parking is available, with a restriction from 10am – 11am, and the local council’s parking enforcement militants patrol the area religiously. However, if the main car park is full, quickly pop in and speak to a member of staff as occasionally they have access to other adjacent parking facilities.

Monkey Bizzness Hockley is located at 14 Eldon Way, Hockley, SS5 4AD. Check them out online here, and also on Facebook. Some of the images in this review have been taken from their social media.

If you visit before the end of April 2019, mention ‘Man Behaving Dadly’ for a discount of £1 per person!

This centre is NOT to be confused with Monkey Bizness Soft Play in the nearby town of Rochford – the two businesses are completely unlinked. The Hockley one has been there for a number of years as a proud, independent business, with the other one in Rochford (with only one ‘z’) coming along in 2018 as part of a national chain.