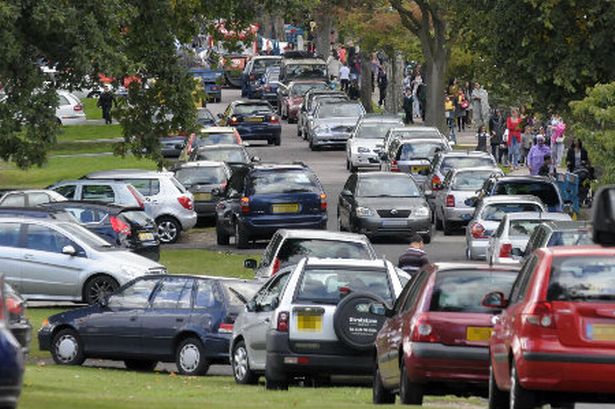 I have come up with an idea that will eliminate all inconsiderate parent parking outside schools forever.

I made a shocking discovery one morning last week just as I was preparing to put my two young children Alfie and Elfie in my Land Rover Overfinch for the five-minute journey to school.

I was just picking up my car keys as the two of them were running to the car on my driveway, and I noticed that they both have two collections of bone, muscle and ligaments stretching from their hips to ground level.

After a closer look, I realised that I had seen them moving from one room to another indoors on a number of occasions.

That’s when it hit me. Perhaps these structures could be used to ambulate from our residential address to their place of education using square, tile-like concrete installations that have been put in place by the local council.

I sent some basic details to a close friend who works at the Large Hadron Collider in Switzerland, and he calculated that I would just need to leave the house a little earlier each day.

Although I will miss my daily opportunity to block someone’s driveway and tell them that I will only be two minutes when in fact it will be more like twenty when I get engaged in a conversation with Chloe from Zumba about whose arse looks the peachiest in activewear, I guess I will give it a go.’

Some medical person even told me that it may help them to burn off that fifth Freddo as well.

However, many parents don’t share my opinion, and one close friend told me that it was ‘madness.’

She said, ’The highlight of my day is masterfully parking my Audi Cuntorio 4×4 in exactly the right spot to render the spaces in front and behind utterly worthless.’

’The almost sexual thrill of yanking my child out of the car and marching across the road as if I am annexing Poland with a complete disregard for traffic is a human right – I’m sure it’s in the Geneva Convention.’

‘What about parents who are both literally and figuratively forced to send their children to schools five miles away because their catchment one only has a ‘Good’ Ofsted rating?’

’Oh God I just shuddered when I said that.’

’When my poor babies are going for a job interview in 20 years’ time, their prospective employer will head straight to the primary school section on the CV and immediately Google their historic SATS averages.’

I had a chat with a local headteacher, and he said, ‘Although we understand that inconsiderate parent parking is a real issue for our neighbours, we have recently launched a groundbreaking scheme where we simply ask them to stop it using a variety of leaflets and text messages.’

’Our research shows us that parents on the school run are some of the most balanced and well-adjusted motorists in the world, and so this is why we think that our plan will work.’