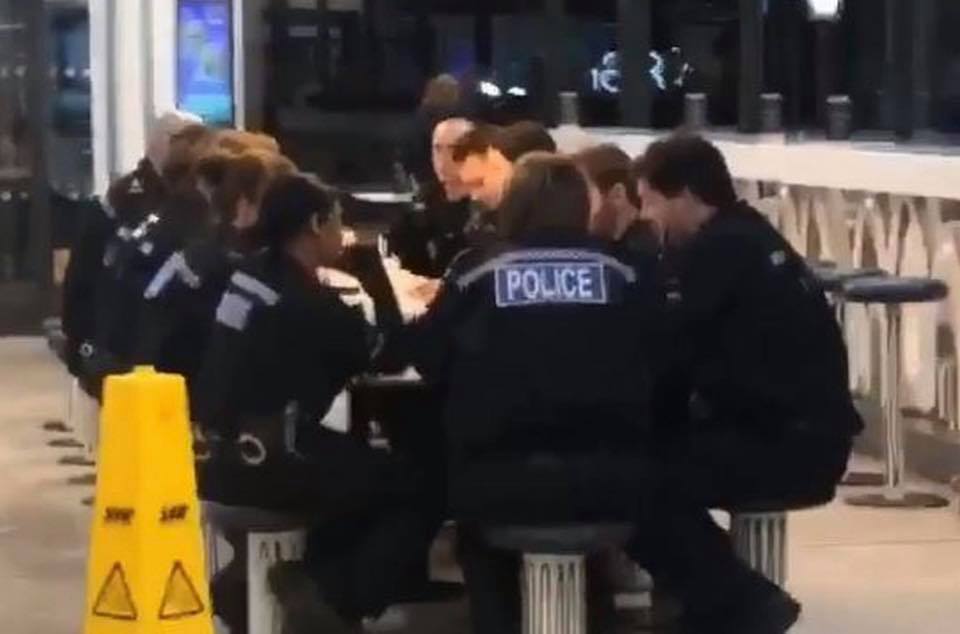 Someone shared this photo of a large group of police officers having a break together at a McDonalds in Harlow, and I am raging about it.

Raging mainly because the majority of comments on the photo and the related video are coming from braindead wallopers who have no idea about what it’s like to be a police officer in modern Britain.

Just to clear things up:

– Police officers are entitled to a break just as much as people in every other profession. They are not androids for Christ’s sake.

– It is highly likely that this ‘break’ was also being used as a briefing about an upcoming call or job.

– It was a night shift. Until they start installing IV lines with a caffeine, ProPlus and Skittles solution in the front of police cars, shut the f*ck up about it.

– They could have taken themselves back to the local nick and had a break there, but that would have added even more time to their break which in turn would have given Facebookland something to have an even angrier angerw*nk over.

– More crimes are going uninvestigated and unresolved because the service as a whole is being managed by complete buffoons at the very top, not because a group of coppers are having a beverage simultaneously.

– The person who originally shared this video to create a shitstorm can suck my fat one.

I think that covers it.