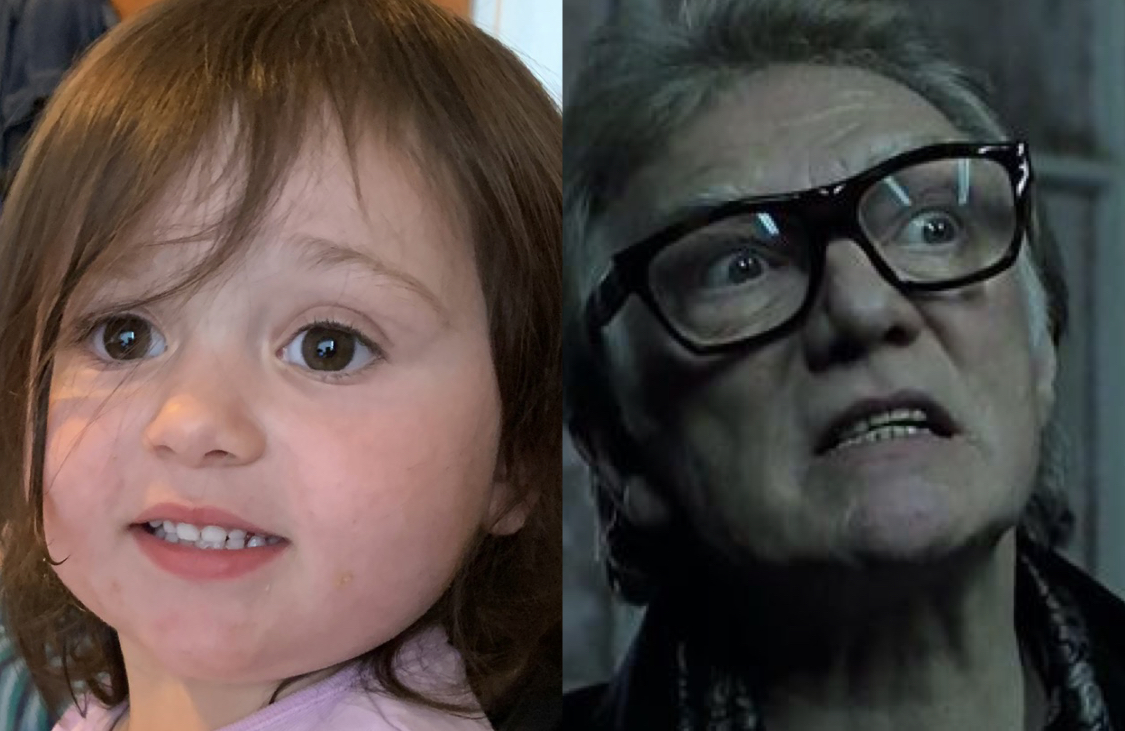 If you ask a thousand people to think of a terrifying, fictional East End gangster, nearly everyone will come up with two words – Brick Top.

As an unlicensed boxing promoter who would love nothing more than ‘cutting your Jacobs off,’ Brick Top would even make the hardest of hard nuts quiver in fear, but to be fair I see far more petrifying personality traits in my two-year-old daughter.

Brick Top’s preferred method of dispatch is to cut his enemies’ teeth old (because you don’t wanna wade through a ton of pig s**t) and then feed them to his collection of prized pigs.

This may sound like a terrible fate, but it fades into insignificance when compared to having my daughter launch herself off the back of the sofa directly into my Crown Jewels every time I dare to take a ten-minute nap. This is usually followed by her telling me that ‘I was asleepy’ just in case I hadn’t realised.

2 – You WILL go down in the fourth

If you ignore Brick Top’s instructions, such as a demand to take a dive in the fourth round, he will burn down your caravan.

If I refuse my daughter’s demand for a biscuit (usually because she’s already had four), she will find my laptop and bang all the keys until she hits the magic combination that reformats my hard drive. All things considered, spontaneous pyromania would be less of an issue for me.

The silly sods who blagged the bookies manage to win a brief reprieve from Brick Top’s henchmen by promising him a massive diamond.

If my daughter won’t go to bed, she will only do after I give her a cup of water, a snack, another cup of water, a story, another story, another snack, a cuddle, another cuddle and then a trip around the entire house to say ‘goodnight’ to literally every object that we own. A trip to Amsterdam to smuggle a massive diamond out at gunpoint while dressed as a homicidal Hasidic Jew would probably be less hassle.

Alan Ford’s stare behind thick fishbowl glasses is enough to make even the most brutal Cockney wide boy crap themselves.

Compare that to the moment when I dare try and finally get within six feet of my wife in bed before I suddenly look across the room and realise that my daughter has wandered in because the curtains are looking at her ‘funny.’ Those giant eyes scream ‘not ce soir, Daddy-O.’

So there we have it. If they ever make ‘Snatch 2,’ just get a toddler on board to bring Turkish and all the rest of them back into line.