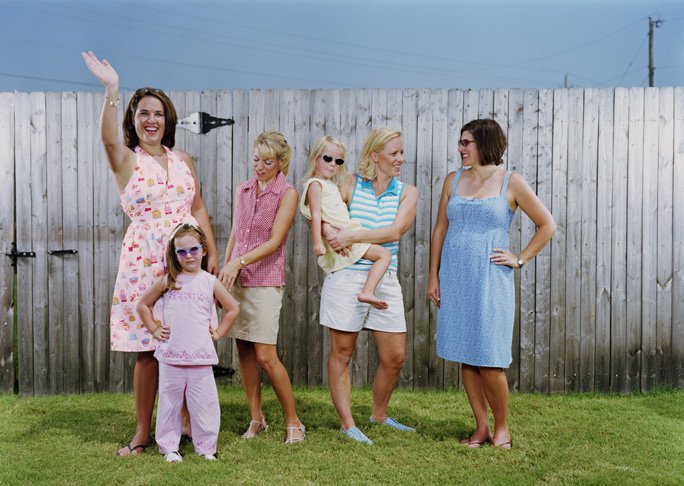 Parent waiting areas outside schools are the same all over the UK. Various gangs who all occupy their own specific piece of territory.

THE ACTIVEWEARERS: Half of these ladies haven’t even been for a workout today – they just need the world to know that they are generally more active than you. Buttocks that are bigger, harder and rounder than Katie Price’s tits aren’t enough of a giveaway apparently.

THE PACKHORSES: These people seem to leave the premises carrying more stuff than your average house move, while their kids hop and skip along carrying a mere twig that they found earlier which has an incredible amount of artistic value.

THE WHISPERERS: Everyone knows these twats. The ones who smile at you, wait for you to walk past, and then start talking very quietly about how you’re obviously not getting any at the moment because you’ve not had your hair done properly since the end of the last Gulf War. Fuck off.

THE COLLECT AND DASHERS: They desperately try to collect their children without making eye contact with the staff because they know that they will be asked to stay behind for a minute and discuss an earlier incident where their child tried to drop kick someone two years younger. This is of course if they haven’t already had a phone call about the resulting bumped head.

THE LONERS: They stand by themselves, pick up their kids, and then leave without any sort of fuss – usually because they are desperate to not get sucked into any of the other gangs above. It’s worse than The Bronx, and nobody wants a cap in their ass over a missing party invite.