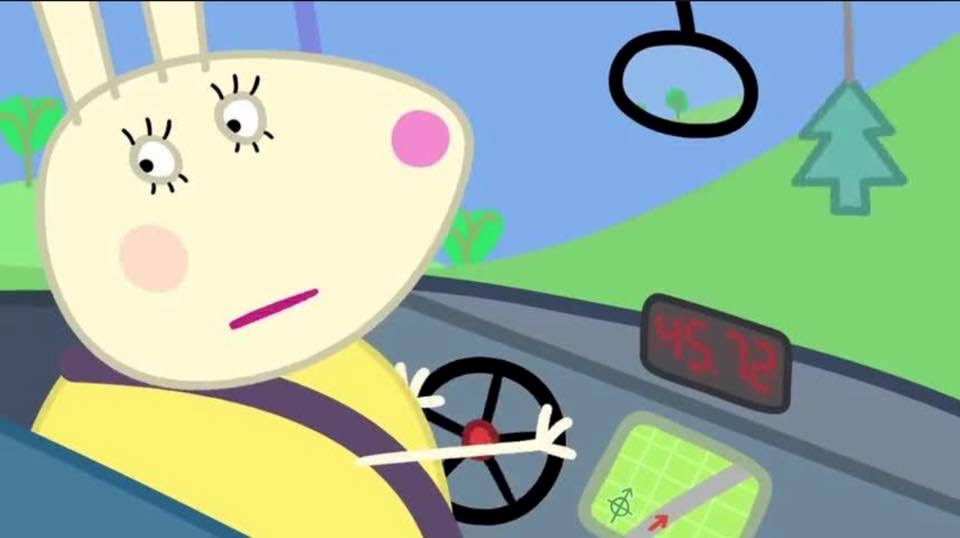 I’m sick and tired of everyone saying that Miss Rabbit is some sort of ‘heroine’ for having 30 jobs – she is setting a terrible example for children watching Peppa Pig.

Anyone splitting themselves in 30 different directions during a regular working week while looking so bright-eyed and bushy-tailed must be taking a cocktail of drugs including amphetamines, disco biscuits and ProPlus, and yet she is also responsible for children’s safety and even the rescue helicopter.

Bloody hell that scrapyard crane alone could take out an entire village, so she should take a leaf out of Mr Elf’s book.

He flies the Elf Rescue Plane as sober as a judge because he knows that the Wise Old Elf would go apeshit otherwise.

I refuse to believe that not a single one of her employers has some sort of random drug testing policy in place – unless she is getting clean piss on the reg from Pedro Pony as he seems the sort who would naively hand over his urine in return for a fancy alarm clock.

Channel 5 and Nick Jr want you all to believe that she just likes her carrots, but I’d put money on her ‘breakfast of champions’ putting most faces from the 90’s Manchester Rave Scene to shame.

What the hell must her tax code look like as well?

HMRC’s Peppatown office must have to employ someone solely to deal with her payroll data processing, so how on earth is this an efficient use of taxpayers’ money?

Sooner or later, George is going to set up a YouTube channel dedicated to gameplay videos from Happy Mrs Chicken and it will make Miss Rabbit’s combined income look like chicken feed.

Good luck to him I say.