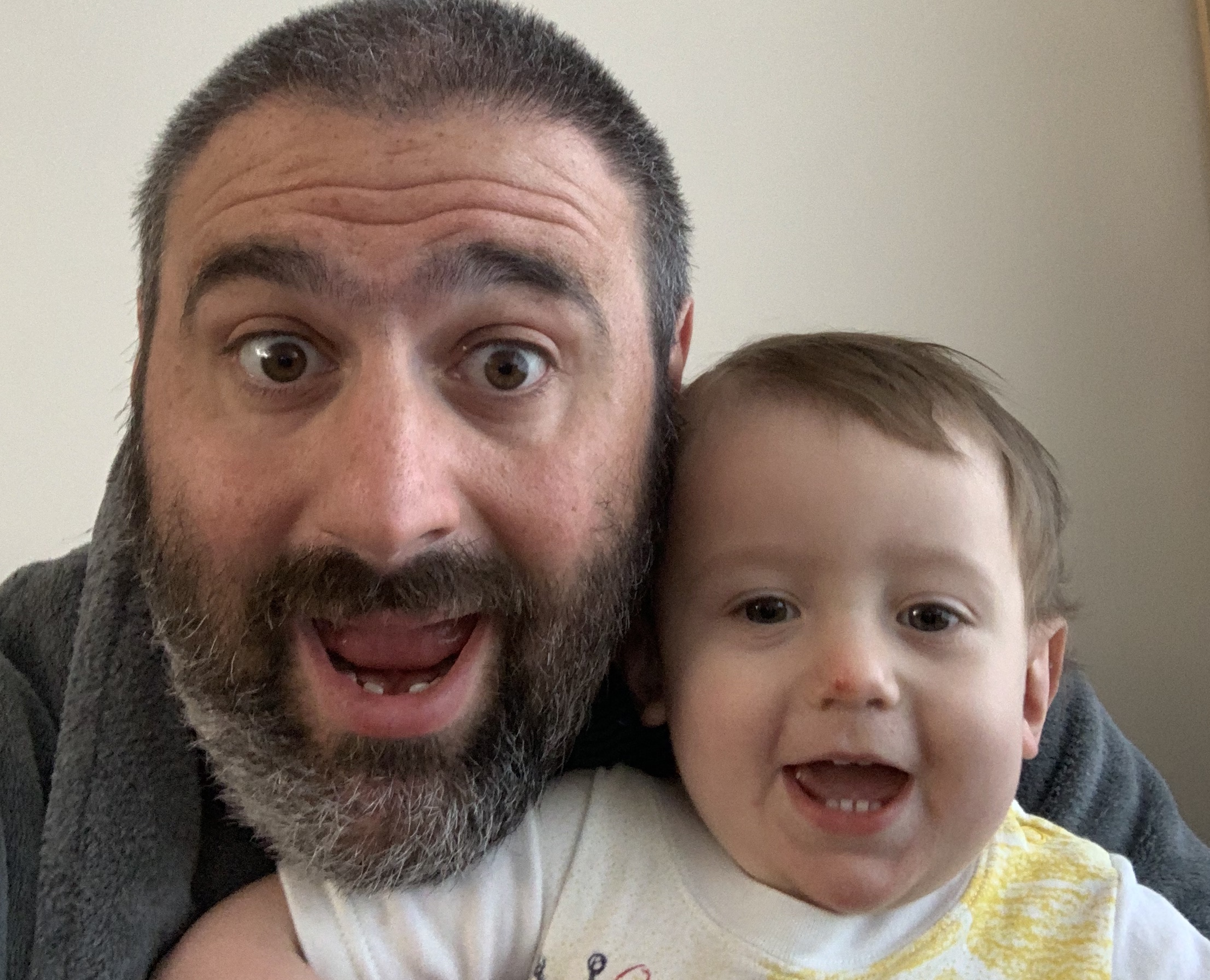 I have had a 2018 series Baby for a while now, and so I decided that it was time to write a proper review. Although the 2018 model does have a number of good features and some very entertaining elements, I have still found a number of design faults that the manufacturer will need to sort out for future versions.

First of all, the shipping of the unit could have been easier, but the sheer size meant that a specialised courier was necessary. Thankfully, no repairs to my wife’s parcel hatch were required as this was our third delivery.

However, the biggest problem that I have found so far is that his bowel movements seem to be pre-programmed to activate at the most inconvenient of times.

For example, if I have planned to leave the house at 9am, he will usually enter download mode at around 8:57.

Upon closer inspection, it would seem that his optical urgency sensor has been hardwired into his colon – whenever he sees me rushing around like a blue-arsed fly he starts making that ‘straining’ face, and a few moments later it all happens.

I have tried fooling this mechanism by pretending to rush around an hour earlier, but his algorithms are sophisticated enough to detect this.

Another annoying fault is that the noise frequency detectors in his ears have bee pre-configured to trigger whenever he experiences the precise sound of a crisp packet opening within a 100-foot radius.

At this point, he will literally drop whatever he is doing and use GPS to locate the precise location of the snack.

As an experiment, I locked two child stair gates, climbed into the loft, and then pulled up the loft ladder and closed the hatch. Within three seconds of opening a bag of Hula Hoops, he somehow managed to appear next to me.

I have also noticed that his noise frequency detectors will trigger whenever they detect the sound of me getting within six feet of my wife.

Feeding in general can be a little hit and miss, and this is because the built-in acceptable foods database is prone to sudden adjustments.

For example, one month ago he sat in his highchair and consumed three times his own bodyweight in pasta spirals, but just three days later he launched an entire bowl of the same food at my face.

There are of course a number of positive qualities with the 2018 Series, and this includes the amusement mode.

In situations where prolonged periods of quiet are required, he will quite happily separate the hairs of my beard for anything up to three hours at a time.

At the same time, it is advisable for men to wear a buttoned collar while doing so as he tends to grab handfuls of chest hair at the same time.

It is also highly entertaining to watch him grab inanimate objects and just scream at them.

All in all, I would give the 2018 Series Baby 6/10 – just enough to keep him beyond the warranty period but possibly needing a number of improvements before investing in upcoming releases like next year’s Baby XS and XR.