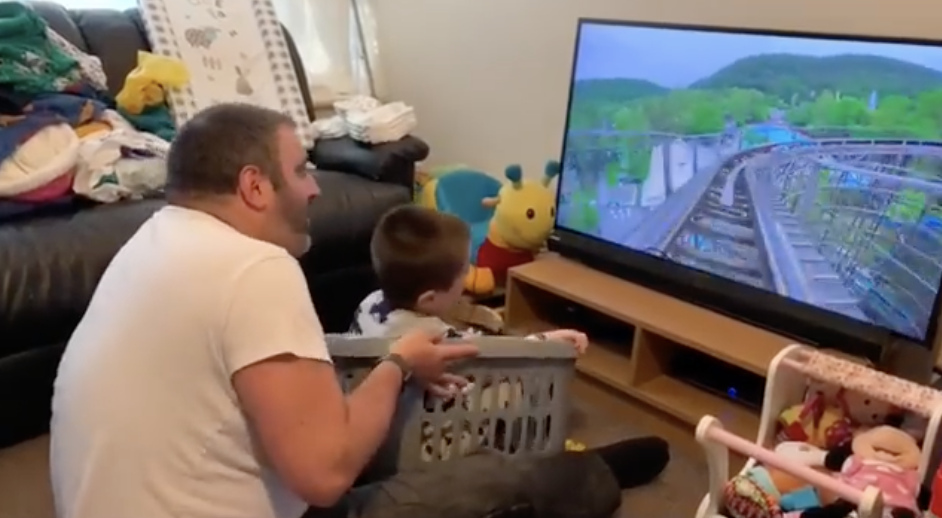 Theme park prices can be absolute daylight robbery these days – even for kids and toddlers.

Therefore, I decided to try something a little bit different while making sure that my children would get the same thrill as the real thing, and I saved an absolute fortune by grabbing a laundry basket and heading onto YouTube on the main TV.

Nearly every major rollercoaster in the world has some sort of ‘ride’ video, and it was simply a matter of putting my four-year-old in the basket and watching the screen.

Just listen to those squeals of delight.

As an added bonus, it was also an excellent workout for the biceps, triceps, delts and forearms.

There would have been hell to pay if I had managed to break the laundry basket, and so it is a good idea to only attempt this with something that feels sturdy enough to handle all of the twists and turns at speed.

This method also has countless other variations that you can try. Imagine that scene in Star Wars where that spaceship thing flies along the surface of that other thing, but with the added bonus of rocking. Some people would pay hundreds of dollars for that sort of thing at Disney.

Forget 4D. Forget IMAX. Just tip out your laundry and get cracking.

Using this life hack, you won’t even be forced to stump up the cash for one of those action photos that somehow always manages to capture you pulling a facial expression that makes you look constipated.