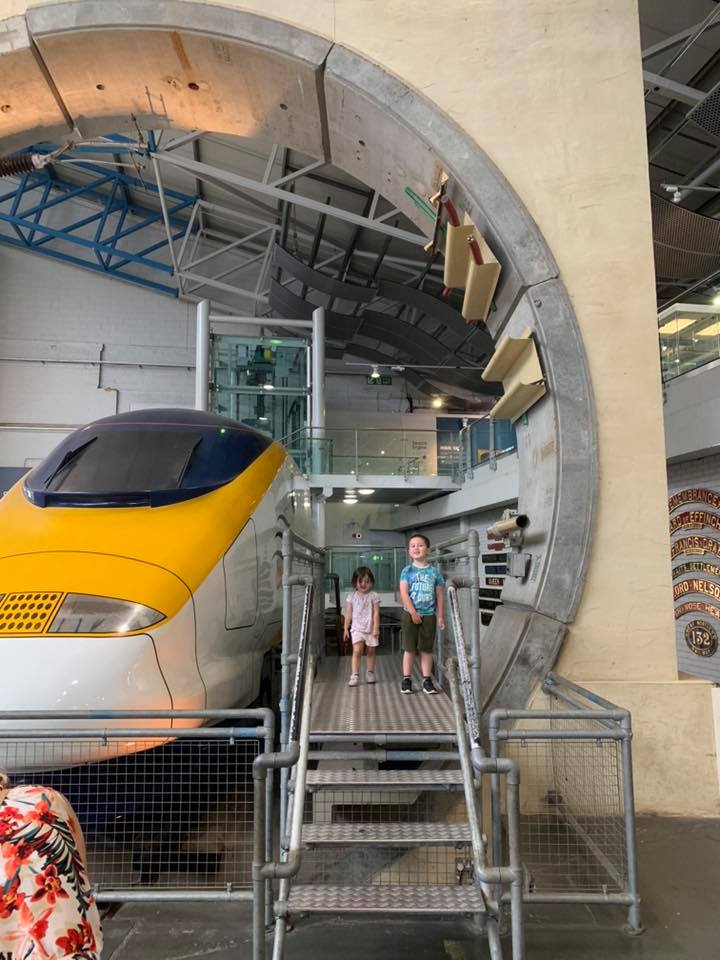 Here are ten things that I learned about the National Railway Museum in York. 1 – It’s completely free to get in, so I didn’t have to get in touch beforehand and tell them that I was a massive influencer to get any freebies.

2 – If your kids are obsessed with trains from every era, they will run around for hours and get fascinated by everything, with only the occasional ‘Where’s his face?’ 3 – There is a nice little quiet train library you can escape to on the first floor with a little section for kids to pick up choo choo-related books and just sit down for a bit.

4 – It’s too bloody far away from Essex. 5 – The Bullet Train exhibit was full of Japanese tourists, which is just odd. I doubt that the Tokyo Railway Museum has a Virgin Pendolino full of Brits.

6 – The main restaurant is a little on the pricey side, but again you have to bear in mind that it’s free entry. If you’re eagle-eyed, or you just stand and stare at people who have clearly finished and are just sitting there talking about whippets or something, you may even nab a free table in the area laid out like an old train carriage.

7 – The miniature railway and steam train ride are chargeable, but on the latter the loco operator doesn’t mind kids standing in the cabin for a photo. 8 – Some of the information desks give out free Thomas-themed books about railway safety. When I was primary school age, all we had was the Roald Dahl about the guy who took a piss in a hat.

9 – The whole place is conveniently located next to York railway station on the East Coast Main Line – I got this photo of Luke on the track just before the 13.24 to Kings Cross passed through. Joke. 10 – There are often temporary exhibitions popping up. I would love to see something called The South Essex Railway Experience where you can get a real taste of the daily struggle faced by thousands of people forced to choose between C2C and Greater Anglia. After putting five grand into an interactive dustbin, a guide sits you down in air conditioned train carriage at 140 degrees Celsius with 400 other people, and then once you regain consciousness you can sit on a bus.